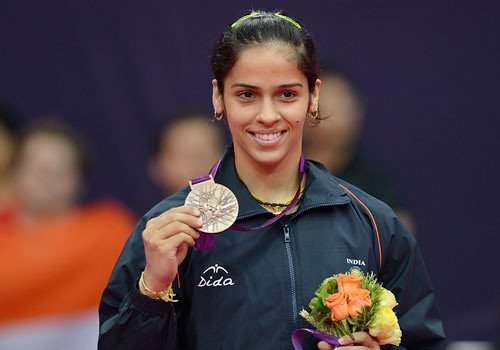 She inspired an entire nation to dust off their shuttlecocks and a generation of youngsters to pick up a racket.

Saina Nehwal was the first Indian woman to reach world no. 1 in the BWF rankings and the first to win an Olympic badminton medal. But the superstar from Hisar’s initial major milestone was in becoming the first – and only – player from India to win the World Junior Championships; a title she claimed in 2008.

Regarded as one of the most successful Indian sports stars off all time, Saina Nehwal has become a role model to shuttlers of all nations but particularly to the youth of India and Indian women making their way in the sporting world.

Nehwal’s abilities with a racket are in her genes. Born in the city of Hisar in March 1990, both of Nehwal’s parents were district badminton champions in the state of Haryana.

As a child, Nehwal took up karate, achieving a brown belt. When her family moved 1700 km to Hyderabad in southern India, the Haryanvi-speaking Nehwal took up badminton to make friends with the local kids and learn the language they spoke. Nehwal would later <a href=”https://www.olympic.org/news/get-to-know-indian-badminton-star-saina-nehwal”>reflect</a> that “sport became my language”.

Nehwal began training under the tutelage of badminton coach Nani Prasad and after a summer camp in 1999, he asked her – and her parents – if she would compete in the under-10 category at the Krishna Khaitan Tournament, one of the most prestigious in India.

The family invested in a new and expensive Isometric racquet and Nehwal performed well, reaching the quarter-finals. Nehwal’s father would later recall picking his daughter up from the railway station in tears after the racket was either lost or stolen on the journey home. In her next under-10 tournament in Maharashtra, Nehwal would go one better, making the semi-finals.

Successes soon followed in local and regional under-10’s and under-13’s singles and doubles categories. Nehwal began to develop a name for herself in junior badminton circles and in 2002, at the age of just 12, she was asked to compete in a senior competition. Such were her abilities, she reached the quarters.

Emergence on the world stage

In mid-2004, Nehwal joined Pullela Gopichand’s training academy in Hyderabad and her professional career began. In 2006, Nehwal became the under-19 national champion and would go on to enter the record books by becoming the first player to win the prestigious Asian Satellite Badminton tournament on two occasions.

In 2008, Nehwal again made history by becoming the first Indian to win the World Junior Badminton Championships, beating ninth seed Sayaka Sato in the final.

Since then, Nehwal has won a bronze medal at the 2012 Olympics in London, along with three gold medals at the Commonwealth Games. Nehwal rose to no. 1 in the world rankings in 2015, becoming only the second Indian player – after Prakash Padukone – to do so.

China has produced the most female champions at the World Junior Championships, with eight players taking the gold medal. Japan follows with four golds in the tournament’s history. Ratchanok Intanon of Indonesia holds the records for most wins in the women’s singles with three successive titles between 2009 and 2011. Intanon would add a senior world title in 2013.

In fact, a number of winners of the World Junior Championships have gone on to take the senior title later in their careers. Gao Ling and Yu Yang of China took junior doubles crowns before later winning the senior singles World Championships on three occasions.