We discuss who the best footballer of all time is 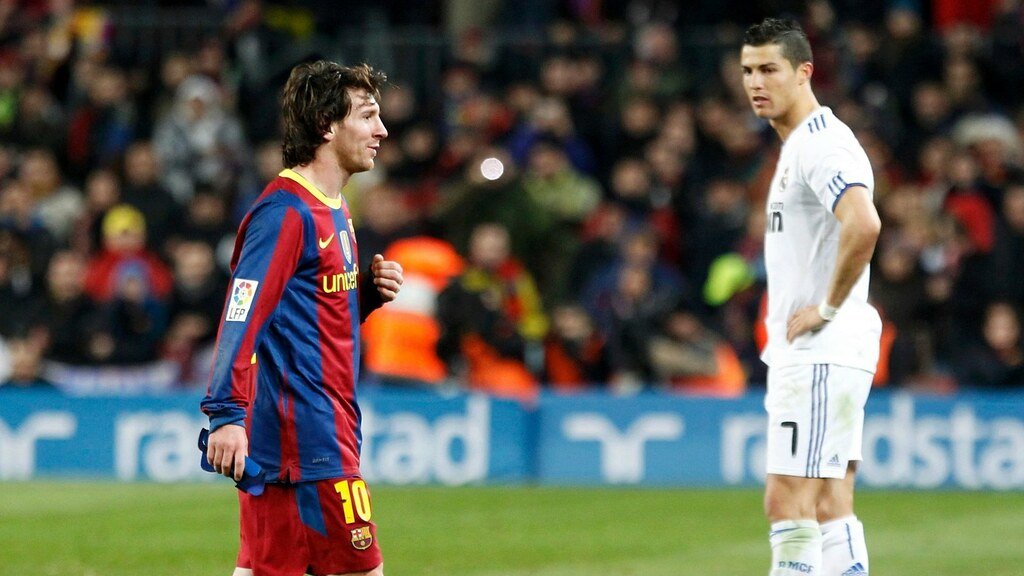 Historically, there are many candidates for the title of Best Football Player of All Time: Maradona, Pele, Cruyff…but if you’re talking about the best current player, there are only two names to choose from: Lionel Messi or Cristiano Ronaldo. But which one deserves the title of the best?

Ronaldo has played 994 games in his career, and scored a whopping 720 goals. In comparison, Messi has scored 690 – but in 847 games. That means that Messi tends to score, on average, every 99 minutes, while Ronaldo scores every 111 minutes. Messi also has a higher level of assists, with 285 to Ronaldo’s 221.

When it comes to individual awards, Messi has the edge over his rival. In 2019, he won a record-breaking 6th Ballon d’Or trophy, leaving Ronaldo trailing him with five. Messi has also won the European Golden Boot – the prize for Europe’s top goal-scorer – six times, compared to Ronaldo’s four. Finally, he was awarded the World Cup Golden Ball in 2014 and the Copa America MVP trophy in 2015. These victories were very controversial, with many saying that Messi’s performance didn’t deserve them – but he still took the trophies home at the end of the day.

On the other hand, it can be argued that Ronaldo has had more success as a team player than Messi. He has won the Champions League five times (once with Manchester United, the rest with Real Madrid), while Messi has won it four times.

Internationally, he led Portugal to victory at the European Cup in 2016. This was a key moment in the players‘ rivalry as, despite reaching the final of the World Cup and the Copa America, Messi has never won an international tournament with Argentina, and faces fierce criticism in his football-mad home nation for this.

Until the end of the 2017-18 season, Messi and Ronaldo both played in Spain’s La Liga, for FC Barcelona and Real Madrid respectively. When these bitter rivals meet, the game is called “El Clásico“, and fans all over the world are riveted by it. Messi is the clear winner when it comes to Clásico performances. He’s played in 42 matches against Real Madrid, scoring 26 goals. That makes him the top scorer in the history of the Clásico.

Ronaldo, on the other hand, played in 30 Clásico matches and scored 18 goals. What’s more, Messi has spent his entire career at FC Barcelona, and will likely add a few more goals to his Clásico record before retirement. Unless Ronaldo decides to return to Real Madrid at some point in the future, his Clásico days are behind him. Sadly for football fans, we’ll no longer get to see these two titans facing off, except occasionally in the Champions League.

Ultimately, the statistics seem to favour Messi – but only just. Plus, statistics only tell half the story. The real reason why these two players have captivated fans all over the world is for their style of play, whether it’s Ronaldo’s awesome physical presence or Messi’s magic touch. This is a debate that will continue long into the future.