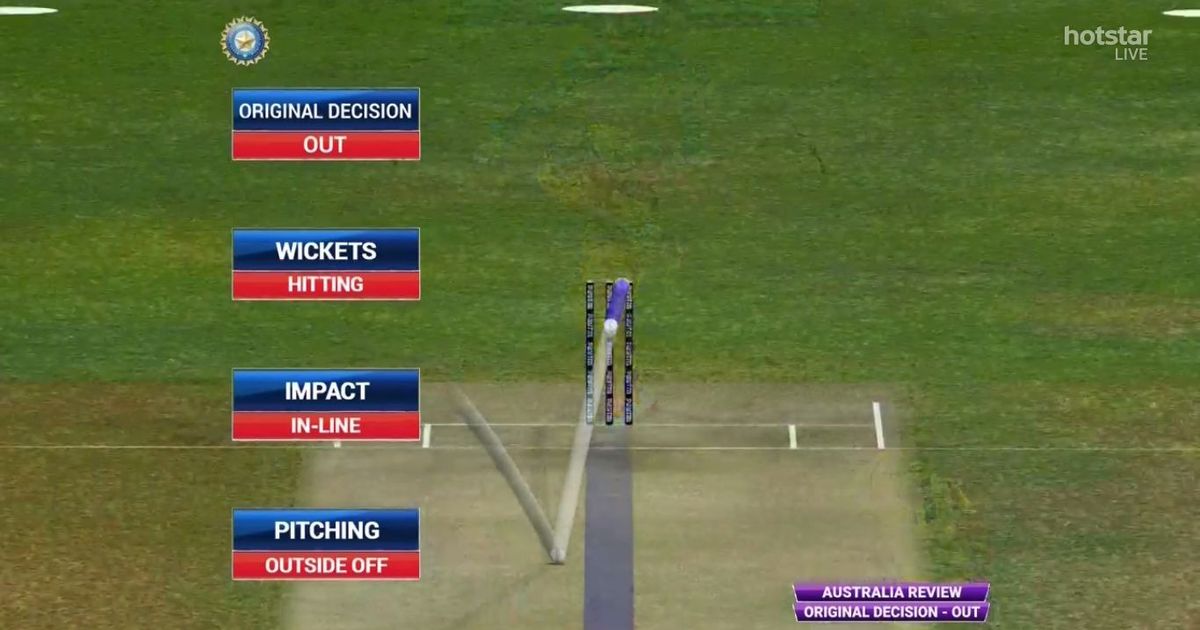 The Decision Review System (DRS) was introduced in July 2008 and was used in the Test series between India and Sri Lanka. DRS was officially used in Tests from November 2009. The rules were amended in 2013 allowing teams to reset their review counts when they reached 80 overs. 2016 saw a further change to widen the frame of contact between the stump and the ball in decisions for LBW out.

The International Cricket Council (ICC) made DRS mandatory in T20I games in October 2017 and in 2018 the IPL featured DRS for the first-ever time.

How does DRS work?

DRS works by allowing each team to have two failed chances at challenging an umpire’s decision per 80 overs in test matches. The difference in ODI cricket is that each team is only given one DRS call per innings.

The key elements of DRS

The first element of DRS is Hawk-Eye. This is a technology that tracks balls virtually and is used for decisions on LBW calls. The technology tracks the trajectory of balls after it hits the bat and it determines whether the ball would hit the stumps.

The second element of DRS is Hot-Spot. This is an infra-red system and is used to find out the inside edges for close LBW and caught calls.

The technology has been introduced so that human error doesn’t impact the game. Batting teams are able to use it to reverse an OUT decision and the team bowling can it to reverse a NOT OUT call. DRS is initiated by a fielding captain or batsman at the crease and is signalled by a ‘T’ sign.

DRS produces decisions that are fair. If umpires have struggled to make the correct call, then the system can be used to ensure that fairness is maintained throughout a match.

In cricket, if an unfair decision is given, then players may become aggressive. With the use of DRS in matches, it prevents this from happening because teams are able to use the system to ensure that the original decision was correct.

DRS decisions are based purely on facts, so there is no subjectivity by a human. This as an important part of why DSR is an important tool in cricket because it eliminates the risk of incorrect decisions being made by on-field umpires.

DRS is a fiercely-debated subject when it comes to cricket, but there are distinct advantages for it being used to ensure fairness for both teams with the added benefit of removing human error and relying solely on technology to present facts.