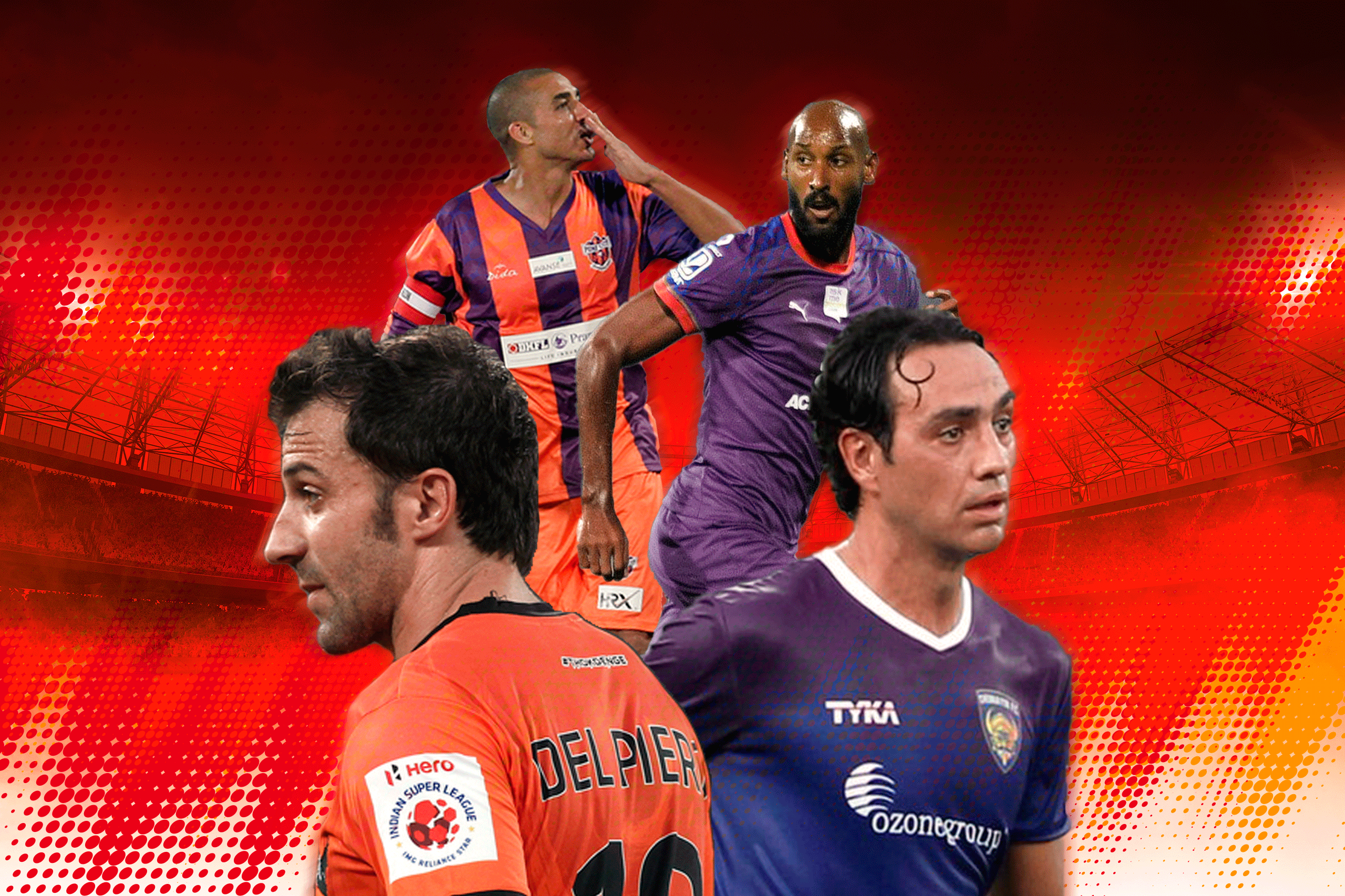 The Indian Super League as the major football league in India, has been home to some of the greatest football players in History. Here’s our pick of the very best.

England goalkeeper David James enjoyed a successful career with numerous Premier League sides, including Liverpool, West Ham and Portsmouth. While playing for the latter in 2010, he became the oldest goalkeeper to play in an FA Cup Final, at the age of 49. James became player-manager of Kerala Blasters FC in 2014 and signed a number of British players. He led them to the ISL playoffs and a runner-up place in the 2014 Indian Super League Final.

Anelka made 69 caps for France and played for some of Europe’s most successful teams; winning the Premier League with Arsenal and Chelsea, in addition to the Uefa Champions League with Real Madrid in 2000. With Mumbai City Anelka helped them to 6th and 7th placed finishes in 2014 and 2015.

Trezeguet made his name at Monaco, winning the league twice before enjoying an equally successful career with Juventus, winning Serie A consecutively in 2002 and 2003. He rounded off his career with Pune City in 2014, helping them to a 6th place finish in the ISL.

Another player to have graced both Serie A and the ISL is Alessandro Nesta. Having played 326 games for Milan and 78 for the Italian national team, the centre back joined Chennaiyin F.C. in 2014. He played just three times but they finished top of the table that season.

Considered one of the greatest left backs of all time, the Brazilian Roberto Carlos came out of retirement to play for Delhi Dynamos in 2015. The 2002 World Cup winner played a handful of times as Delhi Dynamos reached the play off semi finals.

Like his fellow countryman and namesake, Alessandro Nesta, Del Piero joined the ISL after a successful career in Italy. Del Piero won the Fifa World Cup with Italy in 2006 and won the Serie A title six times. He scored one goal for Delhi Dynamos in 2014, just missing out on a playoff spot as they finished fifth in the league.

Roy Krishna is a Fijian striker who made his name playing for New Zealand team Wellington Phoenix, which competes in the Australia A-League. Since June 2019, Krishna has played for ATK and has scored a handsome 15 goals in 21 games.

Sunil Chhetri is an Indian footballer who has been deployed as either a winger or a striker. He is currently enjoying a prolific spell for ISL club Bengaluru, having won the ISL title in 2019, but has also enjoyed spells in the United States and Portugal.

Marko Stanković is an Austrian international who plays for Hyderabad FC as a central midfield player. He was capped once for Austria in 2008 and originally began his ISL career with FC Pune City in 2018. Hyderabad did not enjoy a successful 2019-20 campaign, finishing bottom of the table.

Jobby Justin has been capped three times for India since 2019, and at the age of 26 will likely play for his country many more times. Originally playing for East Bengal in the I-League, Justin switched to the ISL in 2019, joining ATK and making nine appearances as they came 2nd and won the ISL playoffs.