Learn about the game Kabaddi 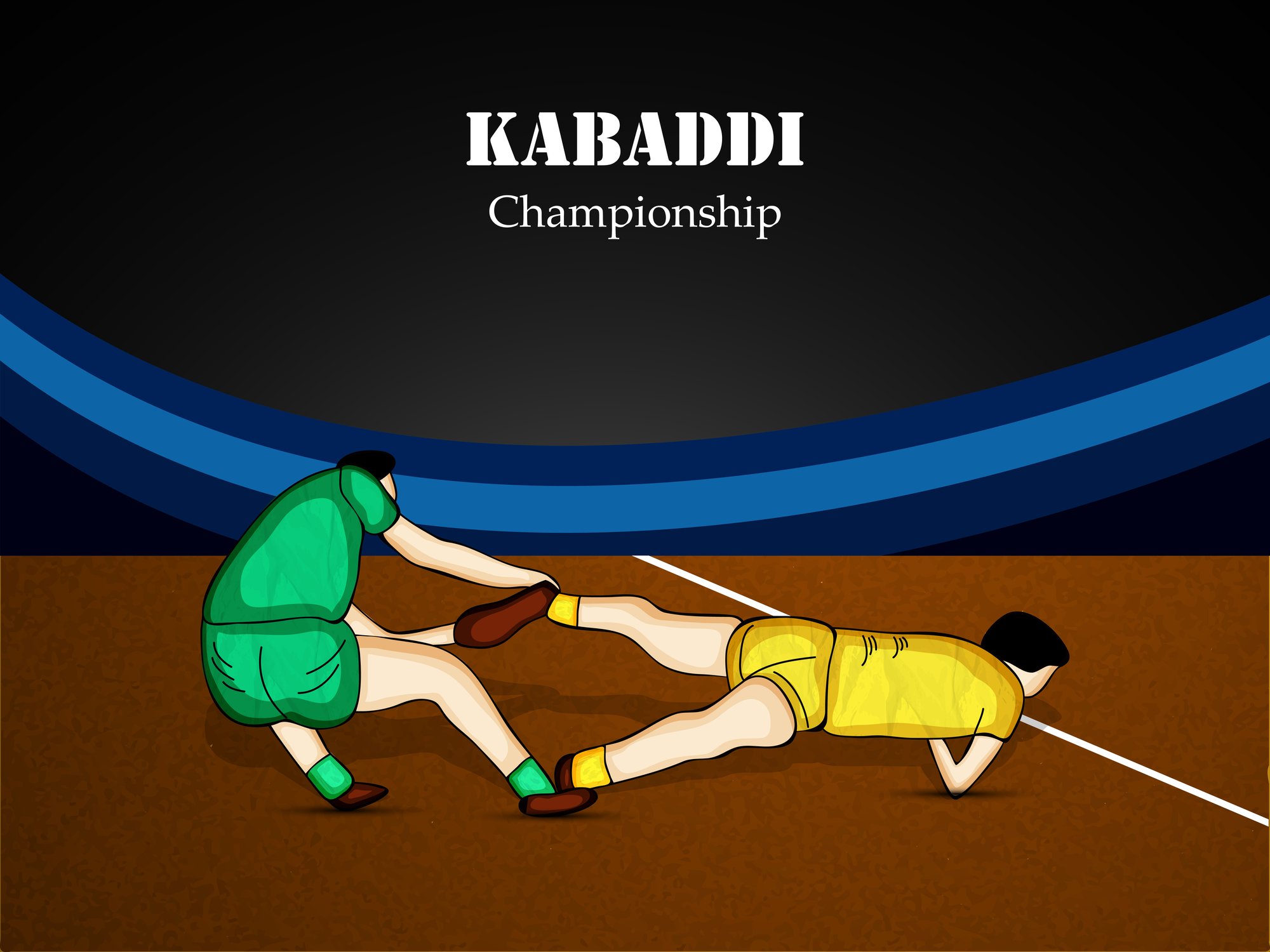 Kabaddi is a highly popular contact sport, played throughout South Asia, that draws its roots way back to Ancient India. Though played throughout the region, it’s the official game of Punjab, Telangana, Maharashtra, and Tamil Nadu. It’s also the national game of Bangladesh, and one of Nepal’s national sports. Kabaddi is also now gaining popularity throughout Europe, the US and beyond.

The main objective of Kabaddi is to score more points than the other team within the time limit. Points are scored from attacking and defending. Attacking is done by sending across a team member, known as a raider, to the other team’s half of the pitch. The raider must touch at least one member of the opposition team to score a point. The other team will be defending, the main point of which is to capture the raider. This is done by wrestling them to the floor, or stopping them getting back to their own half by the time their time limit is up.

Each team has 12 members, though only 7 are allowed on the field at any given moment. The official measurements of a Kabaddi playing surface are 13 x 10m, separated at the halfway point by a white line. It can be played on all manner of surfaces, from grass to a dedicated clay court. Kabaddi is highly popular because it requires no unique equipment, accessories, or kit. This means it’s a game that’s truly open to everyone.

As with every sport, Kabaddi has some key terms you should be familiar with. Here are some of the most common.