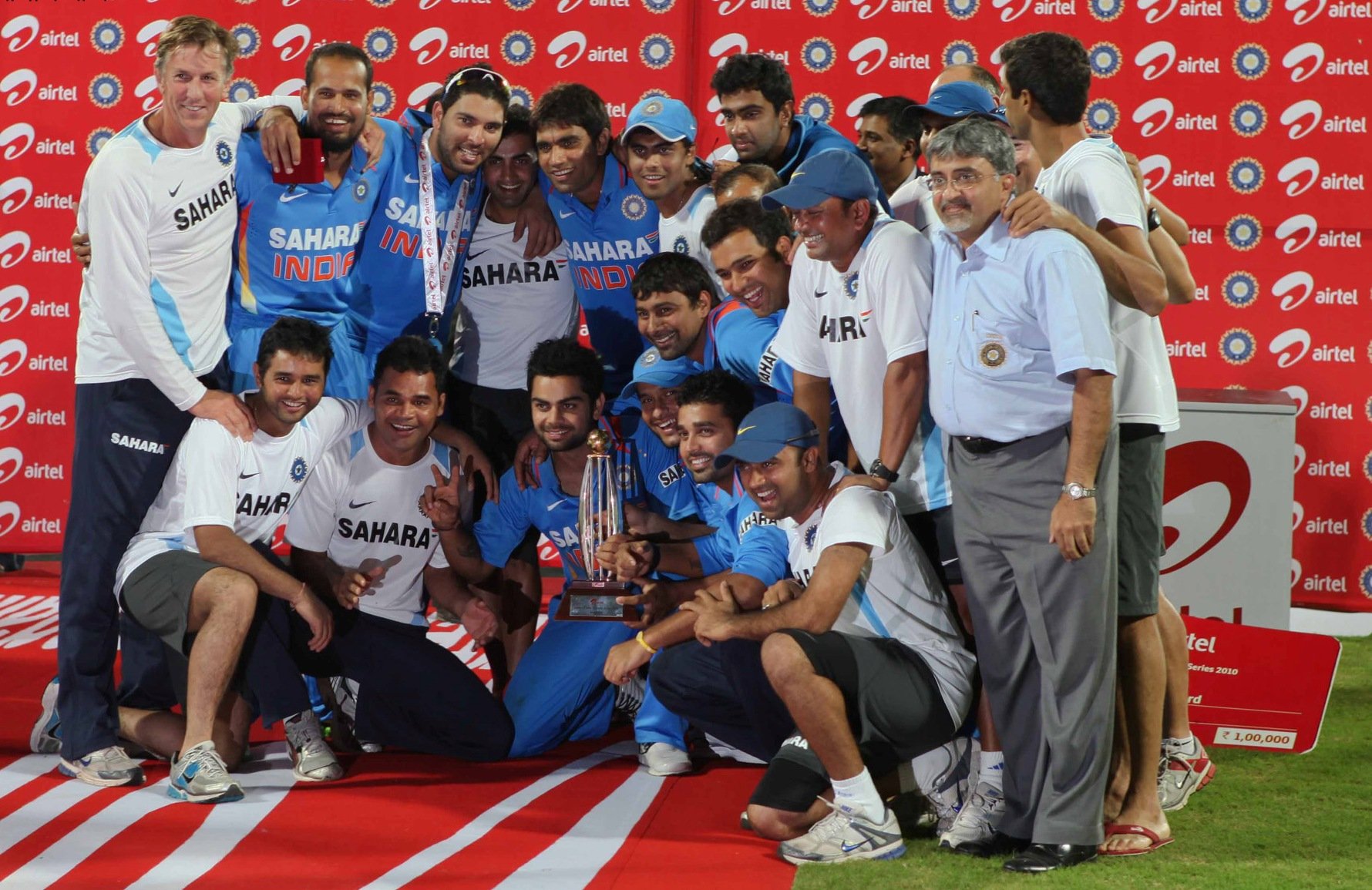 India has won the Cricket World Cup twice in total in 1983, and again in 2011. In addition to winning the title two times, the Indian international cricket team finished as runners-up in 2001.

The Indian team has also reached the semi-finals of the Cricket World Cup a total of four times; in 1987, 1996, 2015 and 2019 respectively. Statistically, India tends to perform well in World Cup competitions, with a win/loss record currently at 53-29, with one match being tied and another being abandoned due to inclement weather.

The 1983 Cricket World Cup was held in England. While India had a reasonably strong batting team, with Sunil Gavaskar, Dilip Vengsarkar, Sandeep Patil and Krishnamachari Srikkanth all gracing the green, the team was not expected to progress beyond the group stages.

India’s side had a poor record in this year for one-day international games and were expected to have been steamrollered by a strong West Indies side during their first game, which took place at Old Trafford, Manchester. Somehow, India managed to cause a giant upset, having won the game (which took place over 2 days) by 34 runs.

During the game, middle-order batsman Yashpal Sharma managed to score a half century. A disciplined performance from India’s bowlers meant that the side cemented their victory, after bowling out the West Indies for 228.

This game was followed up by a victory against Zimbabwe, followed by a defeat at the hands of Australia. However, the spirited Indian side progressed to knock out hosts England in the semi-final, before once again facing the West Indies in the 1983 Cricket World Cup final.

As a host nation for the 2011 Cricket World Cup, India was expected to be on form in familiar conditions, and many of the worldâ€™s sporting press at the time had them pegged as favourites from the offset.

As with 2007, the Indian side entered the World Cup after a string of favourable performances, including back-to-back wins against New Zealand and Australia at home, followed by a successful South African tour.

Before the first ball had been bowled, India were considered to have the strongest batting side in the tournament. Led by openers Virender Sehwag and Sachin Tendulkar, a veteran appearing in his sixth consecutive World Cup, the team was confident from the outset.

India’s campaign began with a win of 87 runs versus Bangladesh, which included centuries from Virender Sehwag and Virat Kohli. Next up came a thrilling game against England, followed by a walkover against a weak Irish side.

A defeat to South Africa during the group stage would be India’s only loss in this tournament. Wins against the West Indies, reigning champions Australia and arch-rivals Pakistan would take India into the final, where they faced off against Sri Lanka, who chose to bat first, taking some 274 runs for 6.

While India’s run chase may have begun badly, the team eventually picked up the pace and walked home the game by a total of six wickets, leading them to become world champions for the second time in cricketing history.