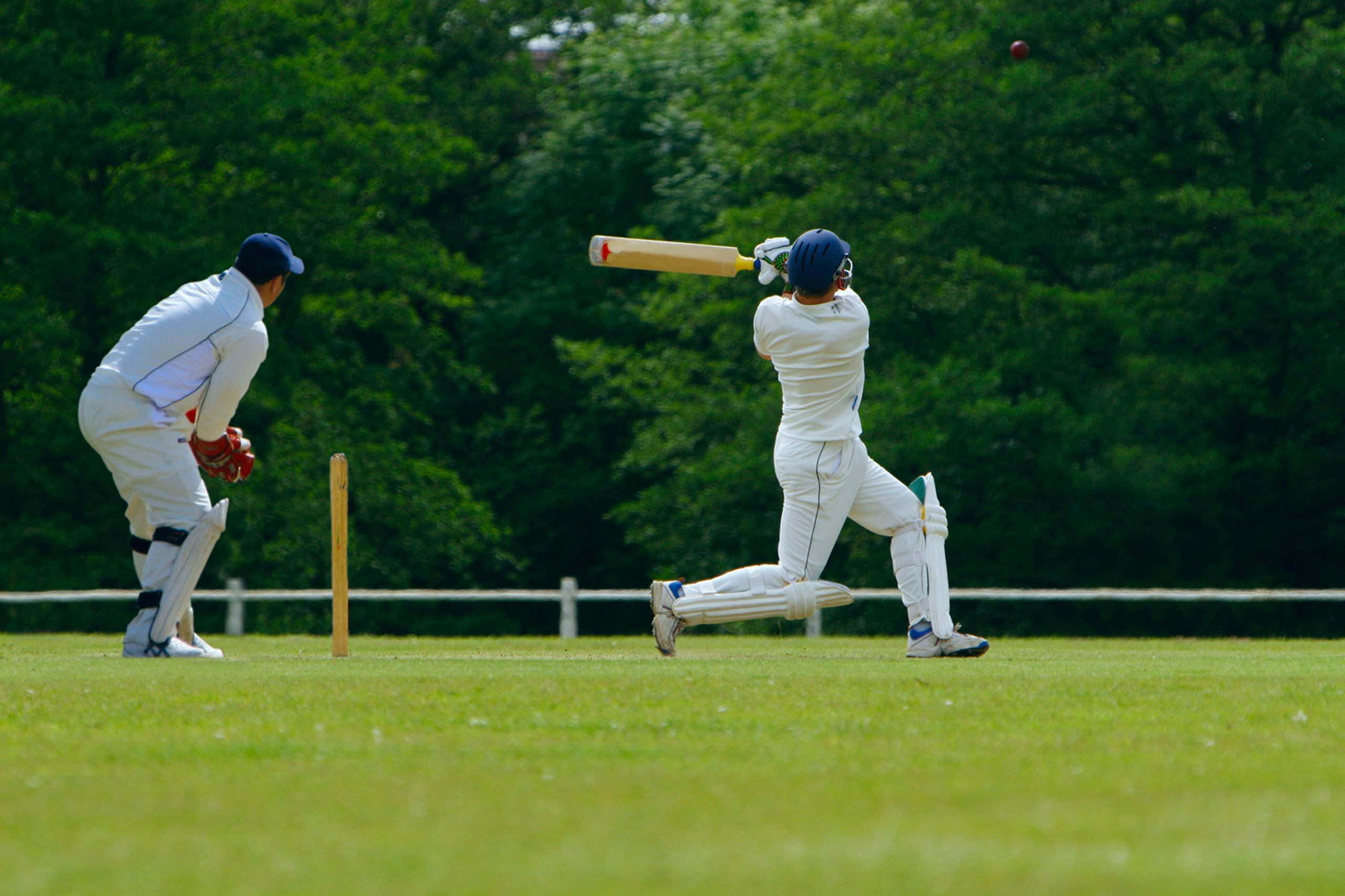 A cricket batsman playing a pull shot towards the boundary in a cricket match while the catcher looks on.

Would it surprise you to know that there are many excellent blind cricket players? You may be imagining players with the kind of ESP possessed by the blind superhero Daredevil – perhaps they possess enhanced senses that give them incredible skill, or do they play using virtual reality to keep things safe and organised? The answer is none of those things – instead, it’s all about a mix of minor concessions and incredible skill.

Not all players on a team are blind. Instead, the usual 11 players are made up of 4 B1 players (who wear white wrist bands for identification or else have a single white stripe on the arm of their playing shirt), 3 B2 players (who wear red wrist bands or have two white stripes on their shirts), and a maximum of 4 B3 players (who wear blue wrist bands or have three white stripes on their playing shirt). This means that while all players would be unable to compete in a standard game, they’re able to inhabit different positions in a blind cricket game. Because of the various marking schemes, spectators are able to tell between B1, B2, and B3 players, increasing their understanding of tricky moments.

Blind cricket is played with a special ball which is larger than a standard cricket ball and filled with ball bearings. This makes it particularly audible, helping players to use their other senses to keep track of the ball’s location and movement. Bowling is also adapted. All bowling has to be underarm, with the point of delivery below the shoulder. The bowler also has to confirm that the batsman is ready for bowling, calling ‘play’ as they release the ball. If any of these aspects of play are ignored, a no ball is called.

Stumps are used without bails and are over-sized compared to standard games, usually with a flourescent orange or yellow colour. You may assume that with all these changes, blind cricketers use different bats, but the standard bat is used in blind cricket with no alterations whatsoever. Matches are played at 40 overs per side, sometimes over 3-day games.

How the game is played

With these relatively slight changes, many people with visual impairments and even legal blindness are capable of playing thrilling, competitive games of cricket, and there are plenty of them. In fact, there’s enough that they’ve banded together to worm the World Blind Cricket Council, framing the official rules of blind cricket and establishing the World Blind Cricket Cup, which has been in existence since 1996. The cup has been played and awarded five times in parts of India and Pakistan, and more and more blind players are picking up the sport.