Who Scored The Most Sixes In The IPL? 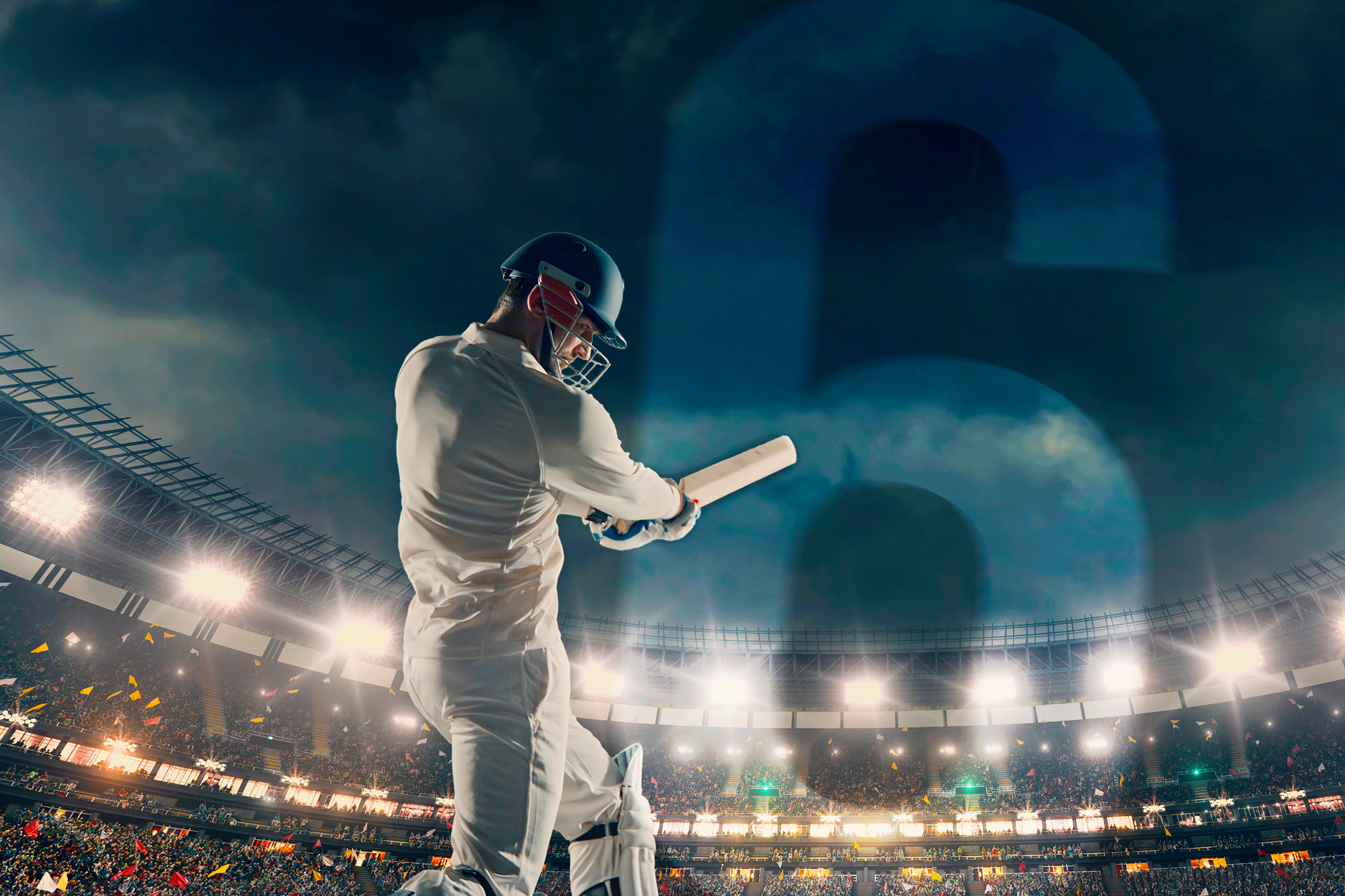 Who Scored The Most Sixes In The IPL?

The Indian Premier League regularly produces scorchers of matches, with big-hitting batsman setting the stage alight. But which players regularly clear the boundary with huge shots?

Who’s crowned as the king of sixes in the Indian Premier League?

Here are the top 10 cricket players with the most sixes in the first 12 years of IPL history.

With an impressive 158 sixes in 154 IPL innings, Yusuf Pathan sneaks into the top 10, just ahead of Robin Uthappa. The Indian veteran has played in every season of the IPL, starting out with the Rajasthan Royals cricketers for the first three seasons, before spending seven years with the Kolkata Knight Riders. In his debut Indian Premier League campaign, he hit the fastest half-century of the season from just 21 balls. Then, in 2010, he scored a century off 37 balls, including 11 successive boundaries with five ‘sixes’ and six ‘fours’. Sunrisers Hyderabad signed Pathan in 2018, but released him before the ill-fated 2020 season.

The West Indian powerhouse has hit 176 sixes in 135 innings, all for the Mumbai Indians, who he joined in 2010. Despite a slow start for the franchise, scoring just 273, 146 and 220 runs in his first three campaigns, Pollard came to life in 2013, when the cricketer recorded an impressive 420 runs at an average of 42, including 29 sixes – his biggest return to date as Mumbai claimed their maiden IPL title.

The Australian veteran cricketer has had stints with three franchises during the IPL’s history, most notably spending the first eight seasons with the Rajasthan Royals cricketers, although he missed the 2009 tournament due to injury. During that time, the cricket player helped them to one title in the debut 2008 campaign, when he also claimed the Man of the Tournament award, hitting 472 runs including 19 sixes. He won the award again in 2013 and became the IPL’s highest-paid overseas player in 2014. Watson joined Royal Challengers Bangalore in 2016, following the suspension of the Rajasthan Royals, and later signed for Chennai Super Kings in 2018, helping them to the title that year with an unbeaten 117 of 57 balls in the final match.

The prolific batsman has 181 IPL sixes to his name from 126 innings in 10 seasons. And that’s just the beginning of the accolades. Warner also holds IPL records for most runs by an overseas player (4706), most half-centuries (44) and the highest individual score by a captain (126). The Australian started his Indian Premier League life in 2009 with Delhi Daredevils and joined Sunrisers Hyderabad in 2014 and was the leading run-scorer in the tournament a year later, having led Sunrisers cricket team as captain. In 2017, he was again the IPL’s top run-scorer, with 641 runs. Warner missed the 2018 campaign following a ban for ball-tampering, but rejoined Sunrisers in 2019 and was, yet again, the IPL’s leading run-scorer, hitting 692.

Indian hero, Virat Kohli is one of the best cricket players of all time. He has played for Royal Challengers Bangalore in each of the IPL’s 12 seasons to date. He started out on a youth contract in 2008 and hit 165 runs in his debut campaign as a cricket pro. Kohli was named vice-captain of RCB in 2011 at 22-years-old, having seen his form improve in each of his first three seasons, and rewarded the choice with 557 runs – the second-highest in the tournament. In 2013, he became permanent captain and starred with 634 runs, including 22 sixes, making the cricketer the third-highest run scorer that season. But it was in 2016 that he really hit the headlines, scoring a whopping 973 runs to break the record for the most runs in a season, which was previously 733.

Indian batsman Raina has been around the Indian Premier League since the start, playing for Chennai Super Kings either side of a brief stint with Gujarat Lions in 2016 and 2017. After the first three seasons with Chennai, he had scored the most runs in the IPL, and was again the leading run-scorer in 2011 and, with his 441 runs in 2012, was the only cricket player to have surpassed 400 runs in each IPL season. In fact, his lowest return in any one season was still an impressive 374 in 2015. Raina became the first cricket player to reach 5000 runs in the IPL in March 2019.

Another Indian batsman to feature in the top 10, Rohit Sharma pips Suresh Raina to fourth spot having hit 194 sixes in 183 innings, compared to his countryman doing so in 189 games. Sharma started out Indian Premier League life with Deccan Chargers, but joined current side Mumbai Indians in 2011. He has since led them to four IPL titles as captain. Sharma’s best return with the bat came in 2013 when he hit 538 runs, including 28 sixes – his most in any one campaign. While he’s never been the IPL’s top run-scorer in a season, Sharma has remained consistent, and as a result, is one of only 10 cricket players to have scored 4,000 runs in the competition.

MS Dhoni will undoubtedly go down as one of the all-time greats of Indian cricket. Another who has played in every Indian Premier League season, Dhoni joined Chennai Super Kings for the first campaign and, at US$1.5m, was the most expensive player that year. He has since captained the cricket team to three titles, only representing another franchise – Rising Pune Supergiant – in 2016 and 2017 following the suspension of Chennai. He then returned to captain CSK cricketers in 2018 for their third IPL crown. Dhoni’s biggest return came in 2013 when he hit 461 runs, including 25 sixes, but he surpassed the sixes tally in 2018 when he hit an incredible 30, on his way to 455 runs for the season.

The only South African cricket player in the top 10, AB de Villiers has starred in every Indian Premier League season. He represented Delhi Daredevils in the first three seasons, before joining Royal Challengers Bangalore cricketers, for whom he has played ever since. Despite never yet winning the Orange Cap for the leading run-scorer in a season, de Villiers has been consistently strong with the bat, and is among the tournament’s all-time top scorers. In 2016, he hit his best tally with 687 runs, including a staggering 37 sixes.

It’s little surprise the West Indies’ cricket player born in Jamaica tops the charts, having been awarded the Maximum Sixes Award more times than any other player in IPL history, winning it in 2011, 2012, 2013 and 2015. Gayle has also twice won the Orange Cap for the tournament’s leading run-scorer. Having joined the Kolkata Knight Riders in 2009, Gayle has also represented Royal Challengers Bangalore for seven years, and most recently Kings XI Punjab cricketers. He began to make his Indian Premier League name after joining RCB, hitting an incredible 608 runs in his first season with the franchise, including an eye-watering 44 sixes. But he somehow surpassed that the following year with 59 sixes helping him to a tally of 733 runs, only surpassed by Virat Kohli in 2016. Gayle also has an IPL high-score of 175 not-out, which he posted in 2013.

With 326 sixes scored, Chris Gayle is a reference for all young cricket players and an idol for many of the IPL fans across the world. His historical mark of the most sixes scored will certainly be remembered as one of the top prowess in sports and hardly surpassed.